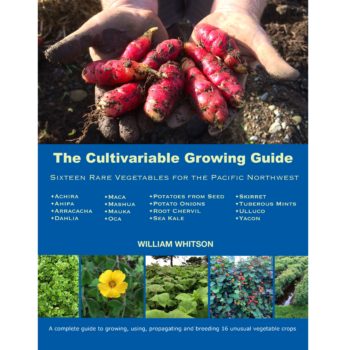 The last print edition of the Cultivariable Growing Guide was published in 2016 and is now out of print. There are still copies for sale out there, but, just four years later, it is badly out of date and I don’t really recommend buying the book unless you are using it as a supplement to the more updated information on this web site.  As it currently stands, I don’t intend to publish a new edition. Many people have requested a new version and I originally thought that I would produce one, but there are a number of logistical problems that make it unlikely. The content in the online edition would now amount to something like 600 printed pages. That would make for an expensive book. It might be possible to break it up into several different books, but the audience for each would be smaller and this is a pretty niche subject to begin with. I update the material constantly, which is a major disadvantage with printed books. The structural flexibility of web publishing is also much superior. I feel that printed books are not only difficult to produce but are also, in many ways, a lesser product. I do sympathize with those of you who much prefer a physical book, but I don’t think it is likely that I will produce a new edition, not in the foreseeable future anyway.