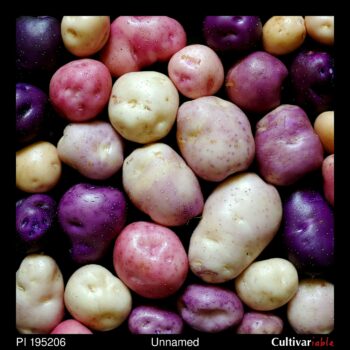 A diploid potato collected near Chiquisaca, Bolivia in 1941.  It was originally classified as S. tarijense (now S. berthaultii) and later changed to S. tuberosum, so presumably it will have some wild traits and might be a wild species hybrid.  GRIN notes Colorado potato beetle, blackleg, Verticillium, flea beetle, and leafhopper resistance.  T type cytoplasm (Hosaka 2003).

This accession would have a lot of promise if not for the nightmarishly long and tangled stolons.  Although it is reported to have T type cytoplasm, the plants appear to be male fertile, which suggests that it may not have the nuclear genes that cause infertility in the presence of T type cytoplasm.

This accession was used as the male parent in tetraploid hybrids with Solanum demissum (Walker 1959).