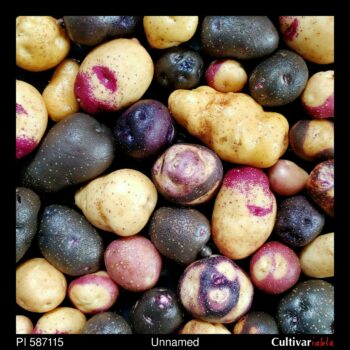 An andigena type tetraploid collected in Merida Venezuela in 1992.

I initially had this pegged as a diploid, but guard cell chloroplast count was consistent with tetraploid.

The secondary picture with red tubers was my result from the first trial.  It is so different from the results of the second trial that I think it might have been a mistake.