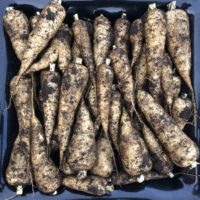 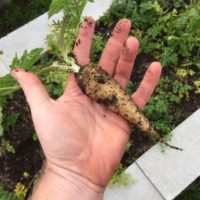 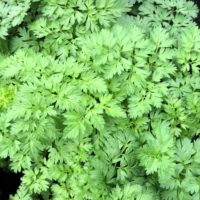 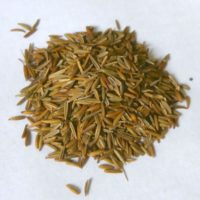 Root chervil (Chaerophyllum bulbosum) is an uncommon root crop – a close relative of the herb chervil.  It produces a carrot-like root with (to my taste) a very appealing sweet & savory flavor.

I have been working on root chervil for nine years, with a population derived from several sources of unimproved varieties and breeder’s lines.  Due to the difficulty of working with this crop, I elected to work on it as a modern landrace; that is, a genetically diverse population that is subject to ongoing selection but also occasional incorporation of small amounts of new genetics.  This landrace has been selected primarily for longer growing season, drought tolerance, and flavor at harvest.  Average root size varieties, but at the high end, it is larger than Altan and much larger than unimproved types.  There are still some problems to solve in this population.  The main one is seed dormancy.  There is almost a month difference between the earliest and latest to germinate.  This is undoubtedly because I sow root chervil outdoors in fall, rather than stratifying under controlled conditions.