When I am talking to someone about a potato plant, at some point in the conversation, they will point to a plant and describe what they are looking at as a branch.  Potatoes actually don’t branch very much.  Many, particularly modern varieties, don’t branch at all.  When most people point to a potato “branch,” they are often pointing at a leaf.  Potato plants have compound leaves. 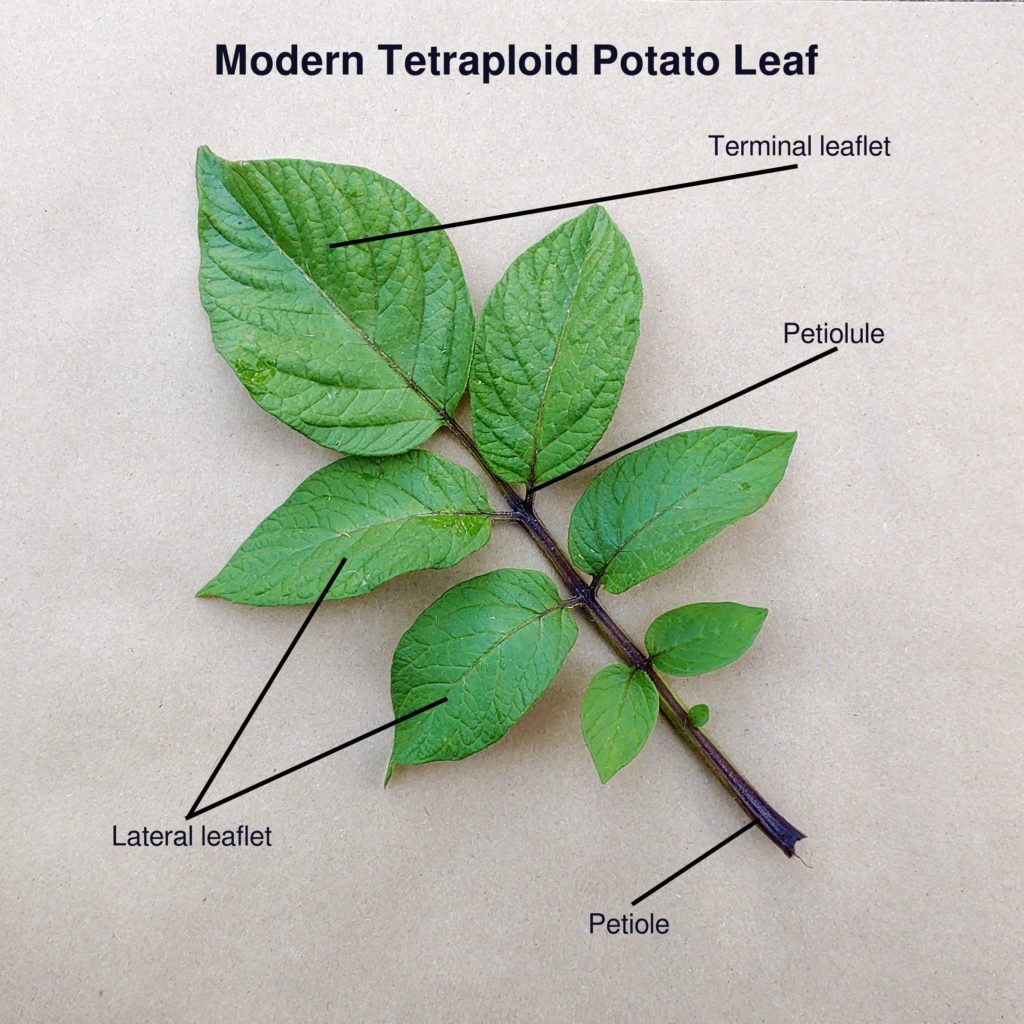 The modern, tetraploid potato can have tremendous variation in its leaf shape and arrangement, but this is a good example.  The potato leaf above consists of eight leaflets.  There is a terminal leaflet at the distal end of the leaf and seven more lateral leaflets.  The number of lateral leaflets can vary a lot, from two to at least 18 and probably more.  The leaflets of tetraploid potatoes tend to be larger and, particularly, broader than domesticated diploid potatoes. 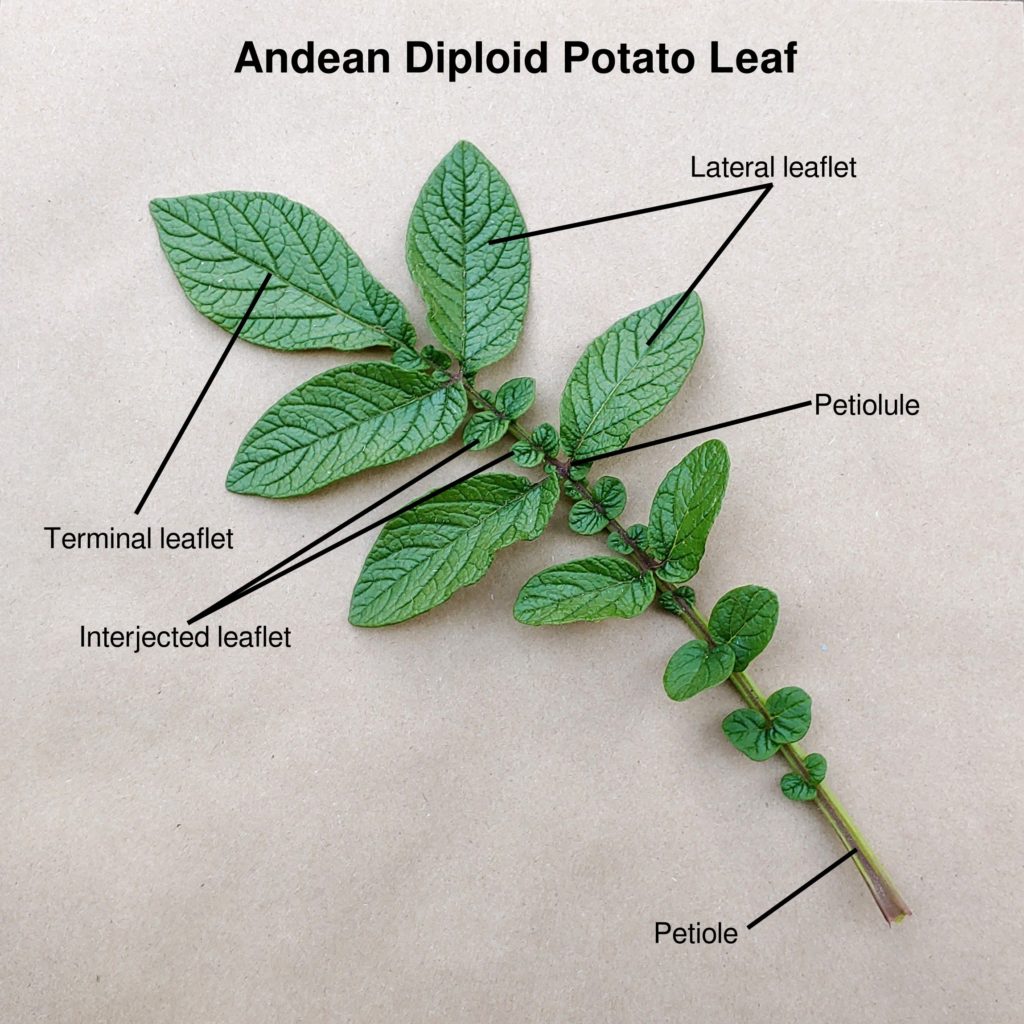 3 thoughts on “A Closer Look at Potato Leaves”