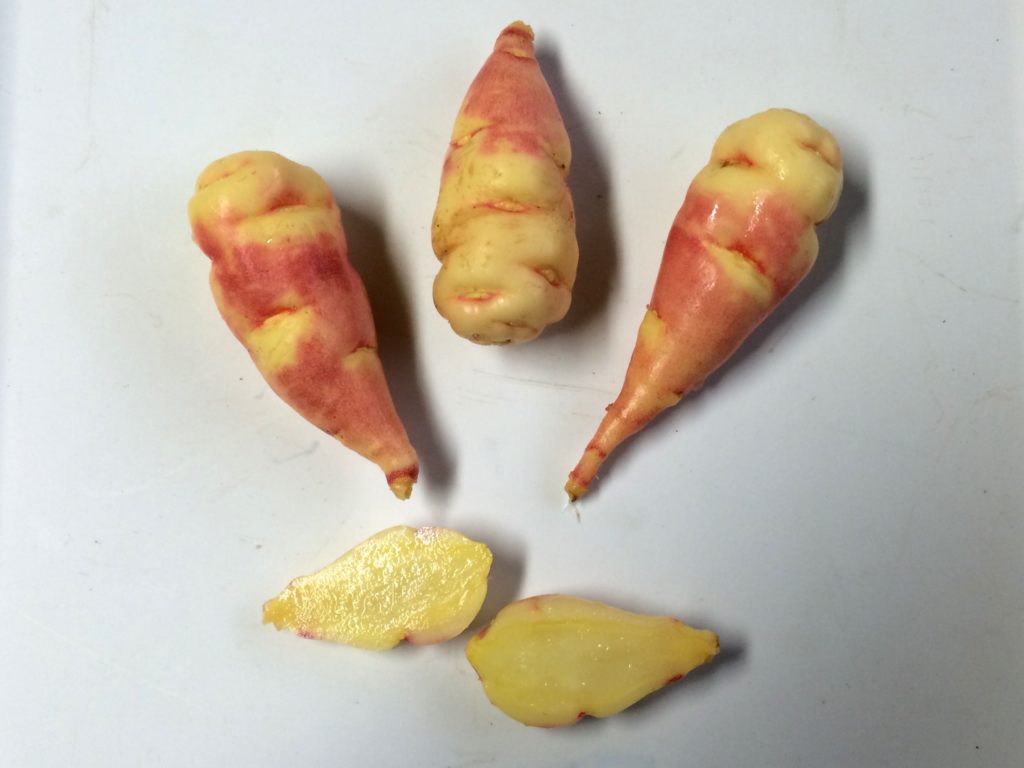 There are two claims on the origin of this variety, one that it comes from Ecuador and the other that it comes from Chile.  Ecuador seems more likely since mashua’s range barely extends to Chile, but a Chilean origin would be much more interesting from the standpoint of a breeder.  It might contain genetics more favorable to earlier tuberization coming from a region with longer day length.  It may eventually be possible to sort this out with data from collections in South America, but it remains a mystery for now.

This is a really attractive variety and usually our best seller after Ken Aslet.  One unfortunate feature of mashua is that the most colorful varieties tend to have stronger flavor and that is true in this case.  This variety is about the midpoint on our flavor scale, which ranges from the fairly mild flavor of Copalis to the “OMG, spit it out!” flavor of Ken Aslet.  Fully cooked, this variety tastes fine to me, but I don’t favor it raw.  The tubers are large and thick, with most falling into the four to six inch range at full maturity.  They come out of the ground yellow and orange, and darken almost to red with exposure to sunlight.  This one has pretty good resistance to cracking in wet soil, although the biggest ones sometimes split.  A moderate yielder, favoring larger tuber sizes.

Contains enough material to grow at least two plants.  There may be two tubers, two pieces, or a large tuber that can be cut in two.