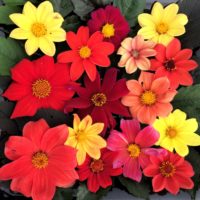 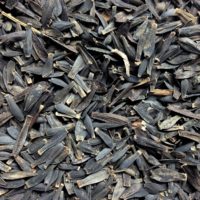 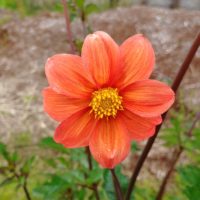 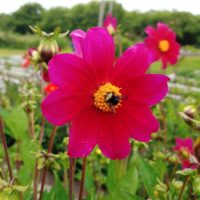 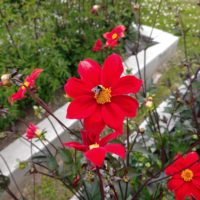 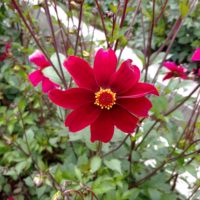 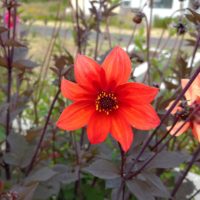 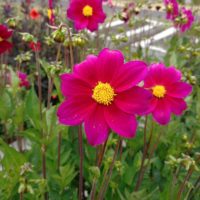 Categories: Dahlia and Relatives, Everything Else Tags: Dahlia Seeds, Seeds

I’m doing parallel breeding with both the garden dahlia and D. coccinea.  In both cases, I am selecting for roughly the same traits and I occasionally make crosses between the two.  D. coccinea tubers have a clear history of use as an edible and I have found that seedlings produce smaller but more reliably good tasting tubers than garden dahlias.  Because of that, I sometimes wonder if I would be better off just focusing on D. coccinea.  Flowers of this species are usually single and yellow or red.  Plants typically reach about four feet tall.  Foliage can be very dark, almost black.  Tubers, particularly the skin, frequently have a resiny or piney flavor that is not present in the tubers of most garden dahlias, similar to the flavor of yacon skin.  Seeds in this mix come from plants that have been selected for good edible traits over 4-6 generations.  The picture shows the flowers of the fifteen varieties that contributed to this mix in 2018.

None of our dahlias are grown on a spacing that precludes cross pollination between species.  They aren’t right next to each other, so they will be reasonably pure, but there is always the possibility that you will get some seedlings that are inter-species crosses.  To my way of thinking, that only adds extra value, but if you have a need for absolute purity in your seeds, these might not what you are looking for.