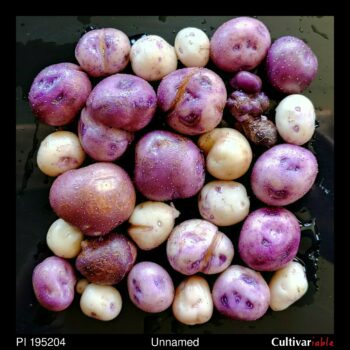 Hardigan (2017) reports that this accession has a greater content of wild than domesticated alleles and groups in between stenotomum accessions and and S. candolleanum.