The last ten days have been a remarkable run for our ulluco project.  Seven new seedlings have emerged in that time, bringing the total for the year to 17, a 1.62% germination rate.  So far, 14 seedlings remain alive and 6 of those are well-developed, adult plants that will almost certainly set a tuber crop this year. 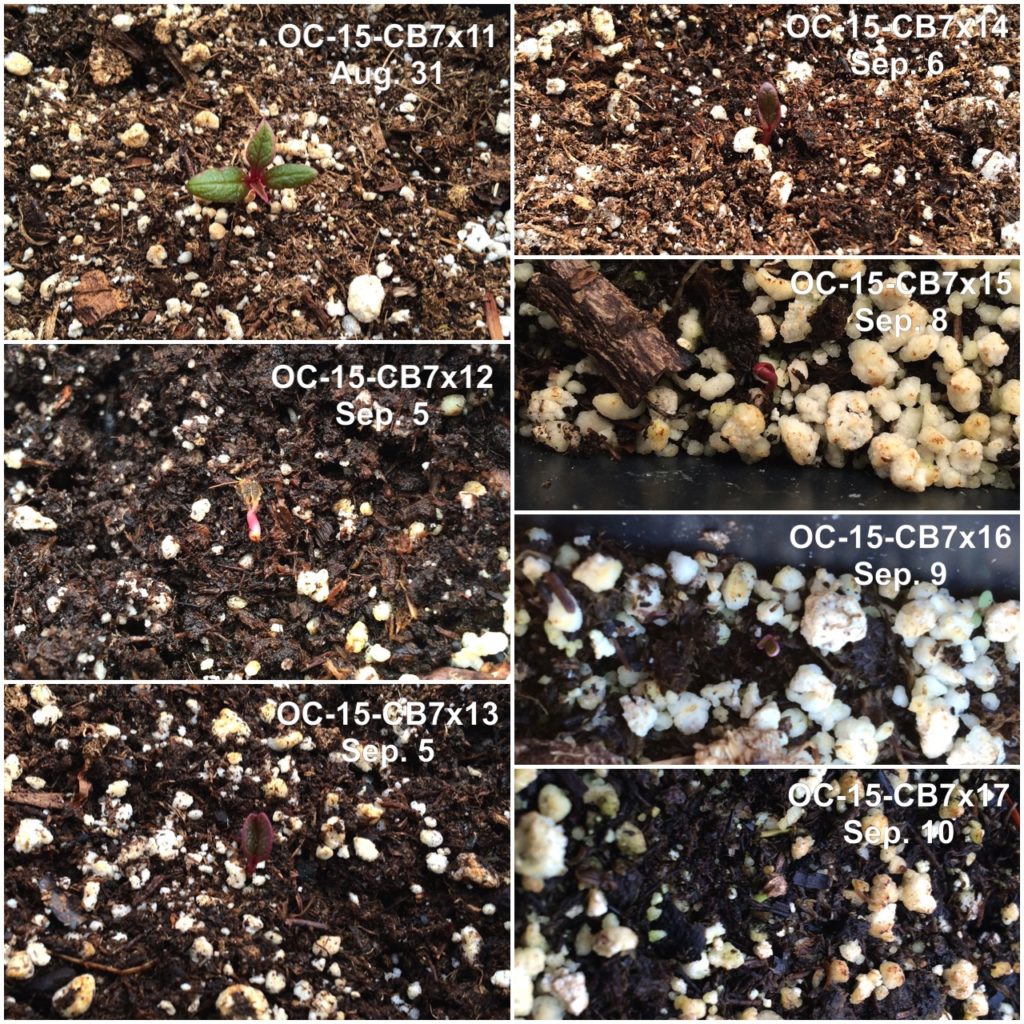 Measured against the only available comparison, we’re doing well.  Lempiainen (1989) reported total germination of 2.04% from 1177 seeds in 1989 at the University of Turku, but they only obtained five seedlings from the seeds that germinated.

So, what is responsible for the current flush of seedlings?  We have had a very tough weather year, warmer than usual and pretty dry.  In the past two weeks, the weather has changed back to our more typical summer pattern with cooler temperatures, some rain, and daily fog.  Daily temperature range has been about 50 to 65F, humidity above 90%, and we’re accumulating about 0.05 in of precipitation per day from fog.  These conditions may be part of the recipe for ulluco germination.  It is also possible that warm stratification, as we have naturally experienced over the past six months, might play a role.  Potato seed germination is significantly greater after about 6 months at 70F and ulluco comes from the same climate.  The Turku experiments found the greatest germination between 12 and 24 months after sowing, so it is also possible that we have just entered a more active germination period.  The seeds were sowed last October, so it has been almost a year.

Whatever the reasons, it is very exciting to have almost doubled the number of seedlings in the past two weeks.  Unfortunately, it is not the ideal time of year to be starting new ulluco plants, but hopefully we can keep everything alive in the greenhouse through the winter.