Well, it appears that we have cracked the ulluco code.  Since our first volunteer seedling last year, we have now sprouted three more seeds under controlled conditions.  I couldn’t be more pleased.  In addition to being one of my favorite plants, I’ve spent more time in the pursuit of ulluco seed than anything else that I’ve ever grown.  A quick and dirty calculation revealed that each seed that has sprouted so far is the result of nearly 110 hours of work.  Hopefully more are still to come, which would make that number look a bit less obsessive.  ;)

Here is the state of ulluco in the last days of winter, 2015: 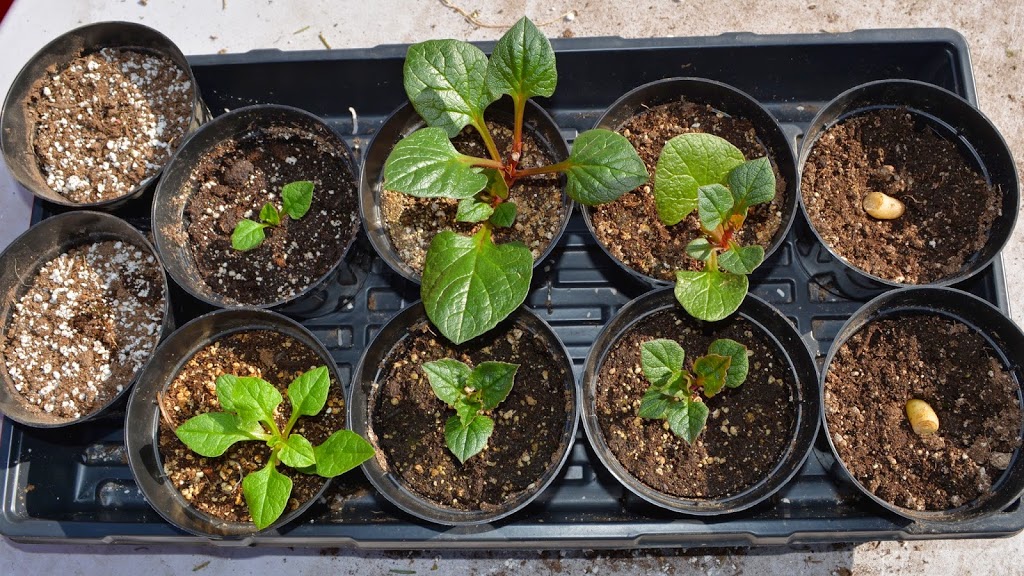 My new ullucos tray is filling up.  I’m multiplying plants in preparation for planting out sometime in April.  There’s no particular rush to get the ulluco in the ground, which gives me some time to make more plants and hopefully increase the yield. 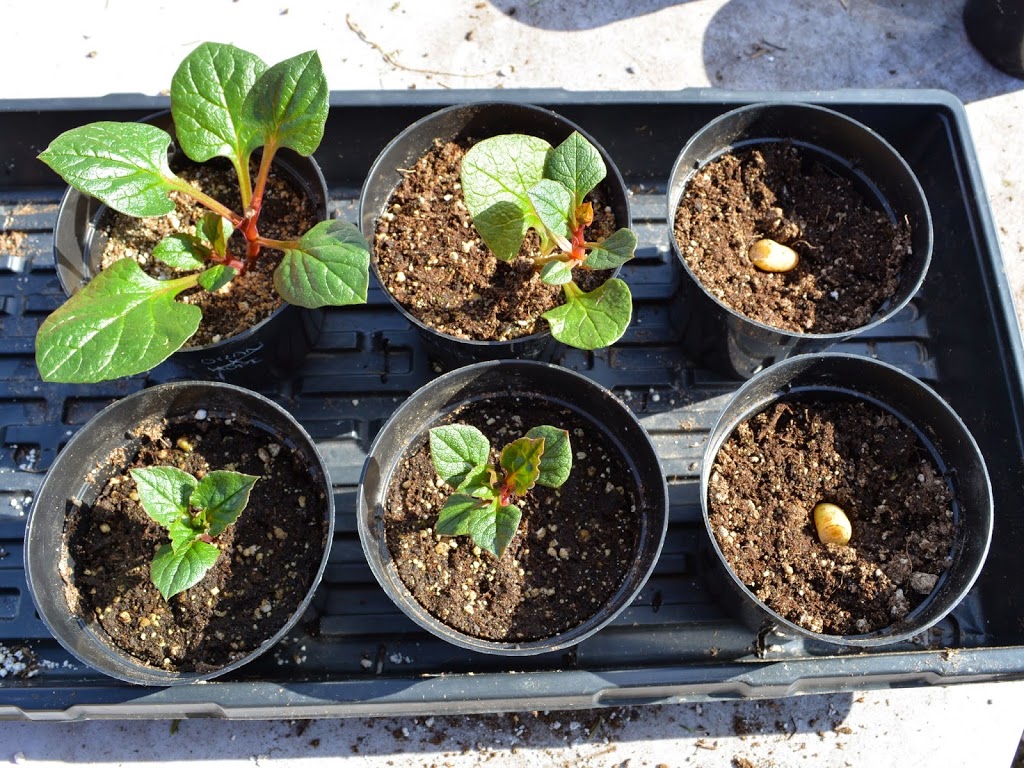 These pots contain OC-14-CB4x01, our volunteer seedling from last year.  It produced only one tuber, which has been reluctant to sprout.  I was able to coax a single sprout and have since split that plant four ways.  I’m trying to get two more sprouts from the two halves of the tuber at the right of the photo.  I’d like to have a dozen plants of this variety by the end of April. 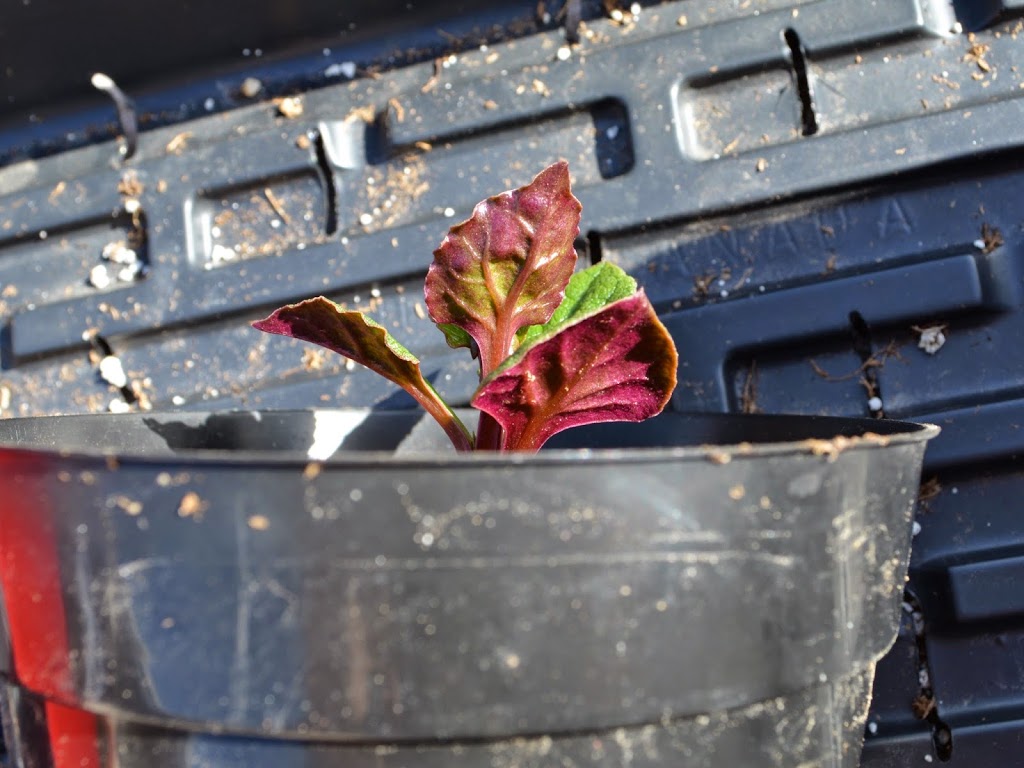 OC-14-CB4x01 looks very similar to its parent variety, BK10425.2, but can be easily distinguished by the very red undersides of its leaves. 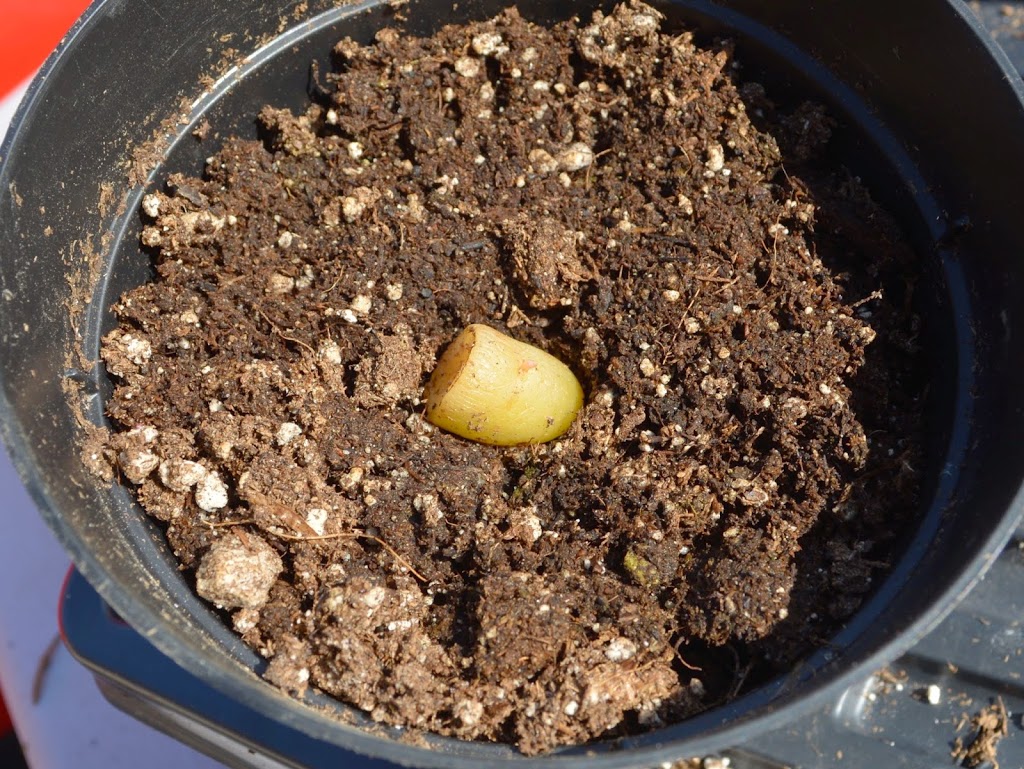 Some ulluco varieties exhibit very strong apical dominance in the tubers, meaning that they tend to form a single sprout and will not form others without stress or increased physiological age.  This variety appears to be a good example of that.  I eventually cut the tuber and treated with gibberellic acid in order to encourage sprouting from lateral eyes.  Now we’re starting to see a little sprouting. 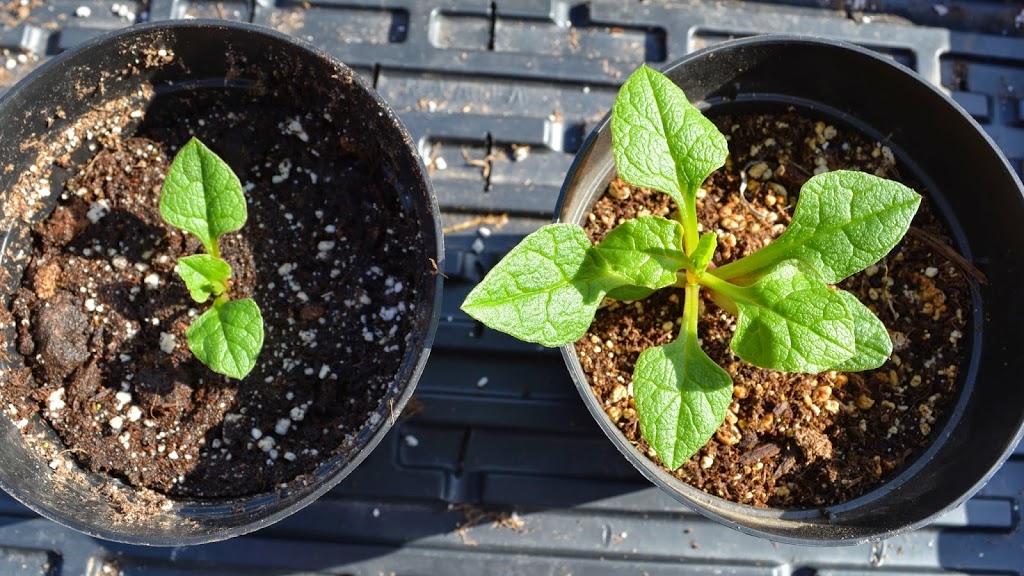 These pots contain OC-15-CB2x02, our first variety that germinated under controlled conditions.  I took a cutting last week, which established easily and has already doubled in size.  I hope to have four plants by the time that we plant them out in April.

In comparison to OC-14-CB4x01, this variety has very pale green leaves, top and bottom.  Interestingly, the cotyledons are spotted with red underneath, but the true leaves are not.  I have a guess that the tubers of this variety will also be blotched with red. 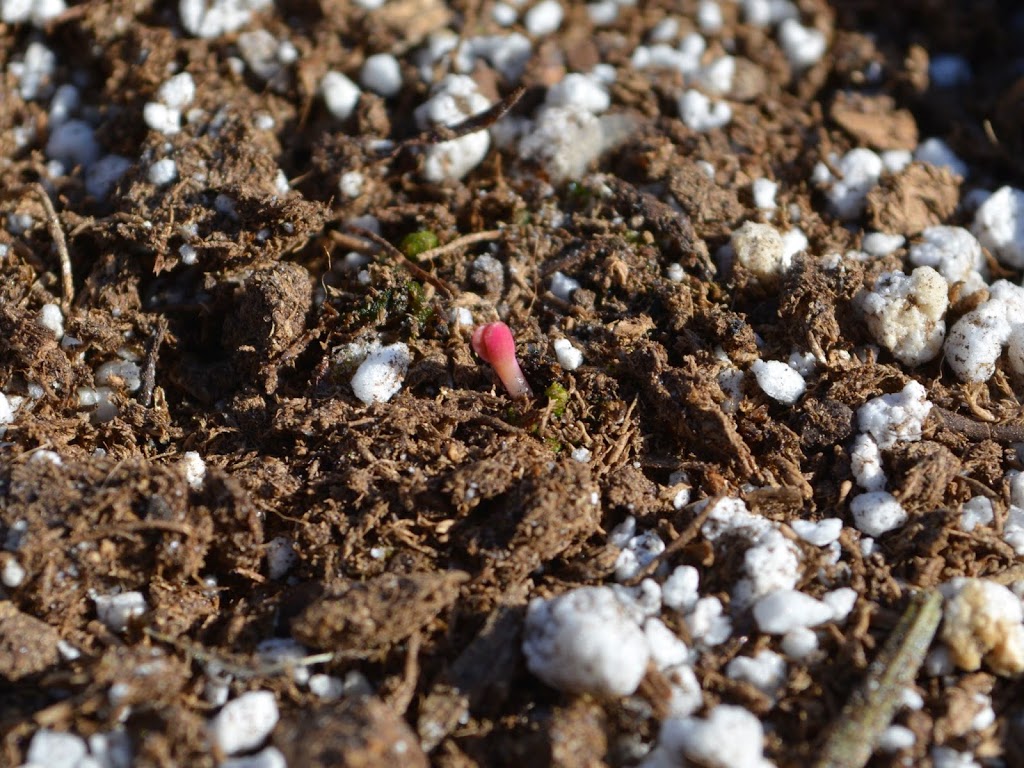 Here is a first look at OC-15-GF6x01, which appeared yesterday. It has red cotyledons, which is quite a contrast to the completely green cotyledons of OC-15-CB2x02.  It has been freshly transplanted to a new pot from its algae and insect-larvae infested flat. 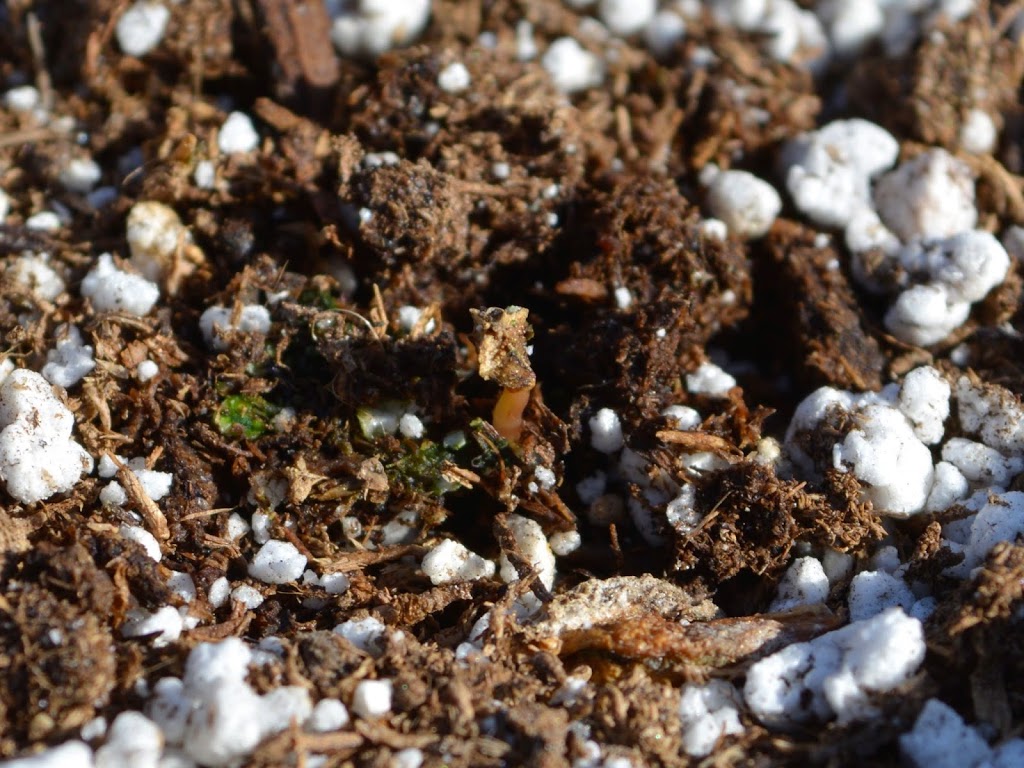 And here is OC-15-GF6x02, which also appeared yesterday.  It hasn’t yet lost its shell.  Also freshly transplanted and taken inside to be coddled with the rest.

There is no guarantee that any of these plants will make to to fall, or that any of them will produce tubers even if they do.  There is really not much that we know about the probabilities with ulluco.  Of course, that is what makes this so much fun.  Nature doesn’t give up her secrets all at once.

One thought on “Ulluco: If you’re not bored yet, I’ll keep working on it”