If you have been following the blog, you know that we were lucky enough to get more than 130 yacon seedlings this year, from seed collected from four varieties last year.  Very few people have grown yacon from seed, so we didn’t really know what to expect and we still won’t be able to get a look at the tubers for about three months.  I hope that we’ll see a wider range of skin and flesh color in the seedlings.  In the meantime, I’ve been spending a lot of time looking at the plants and trying to guess at their parentage.  We know the mothers, but not the fathers, as the majority of the seed was open pollinated.  The foliage doesn’t provide a lot of clues.  In fact, I have been surprised at how similar they are.  For example, every seedling has purple stems.  Some of the parent have green stems, so I was expecting to see more diversity in that trait.  There is a considerable range in leaf size and color, but the vast majority fall into the middle of the range.

Recently, a lot of the seedlings started to flower and that has provided a better opportunity to guess at parentage.  (Incidentally, I’ve already started collecting seed from these flowers, so it appears that we will have a second generation from seed next year.)  Yacon flowers are distinctive, or at least they were.  The heirloom varieties are pretty easy to distinguish from one another based on flower form.  It appears that we’re going to bring an end to that kind of simple ID if we release some of the new varieties in the future, since they all look substantially like the parents.  I have put together several collages with the parent flowers and the seedlings out of that parent for comparison.

Here is Bekya.  The flowers in the small panes are all pretty similar to the parent flower, but those in the large panes are different.  The two lower flowers look very similar to Morado, so I suspect that was the male parent. 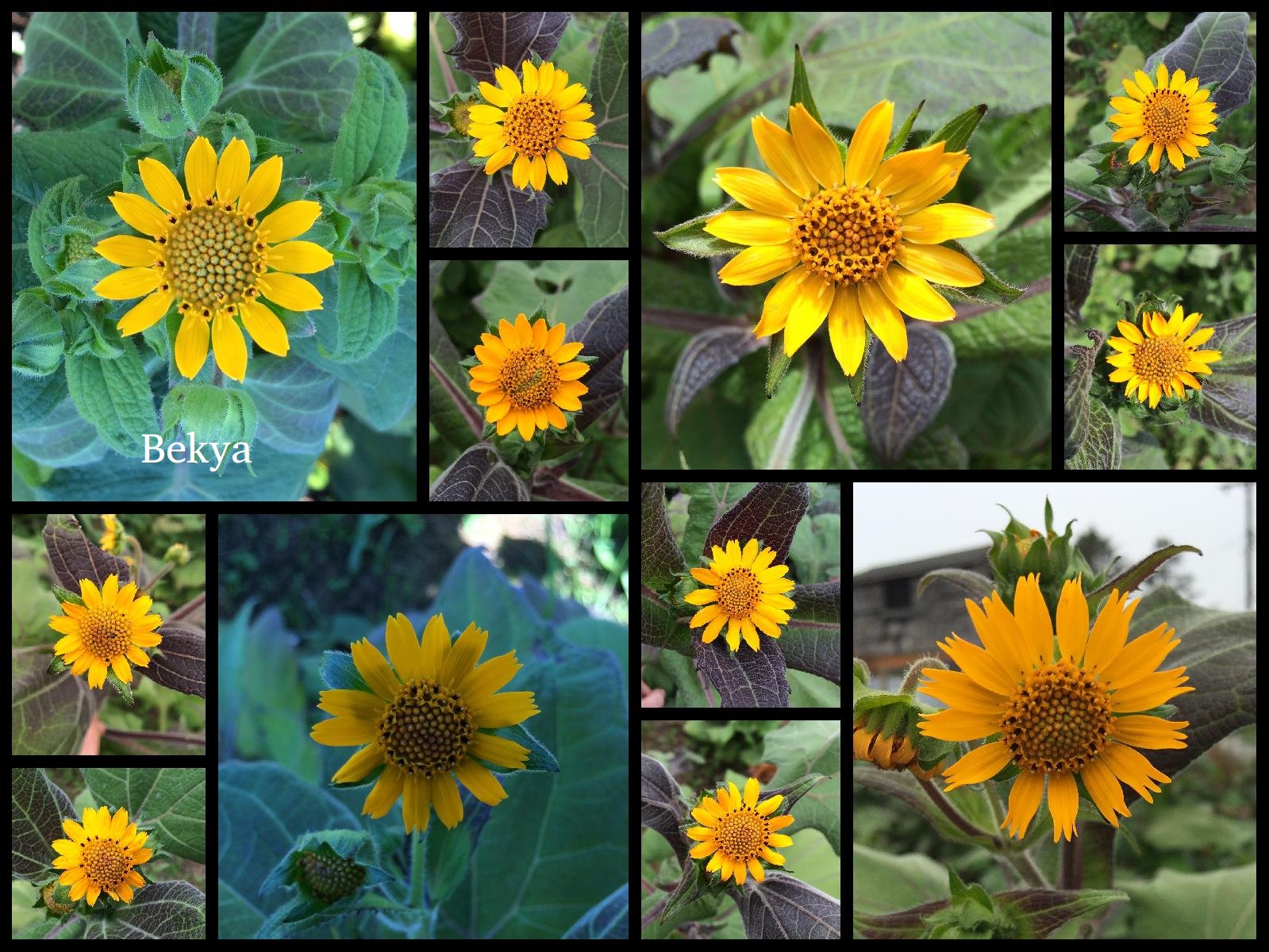 Here is New Zealand.  Most of these look a lot like the parent flower, although some have longer ligules (ligules are the “petals” of a sunflower).  There seem to be a lot of flowers with defects out of New Zealand. 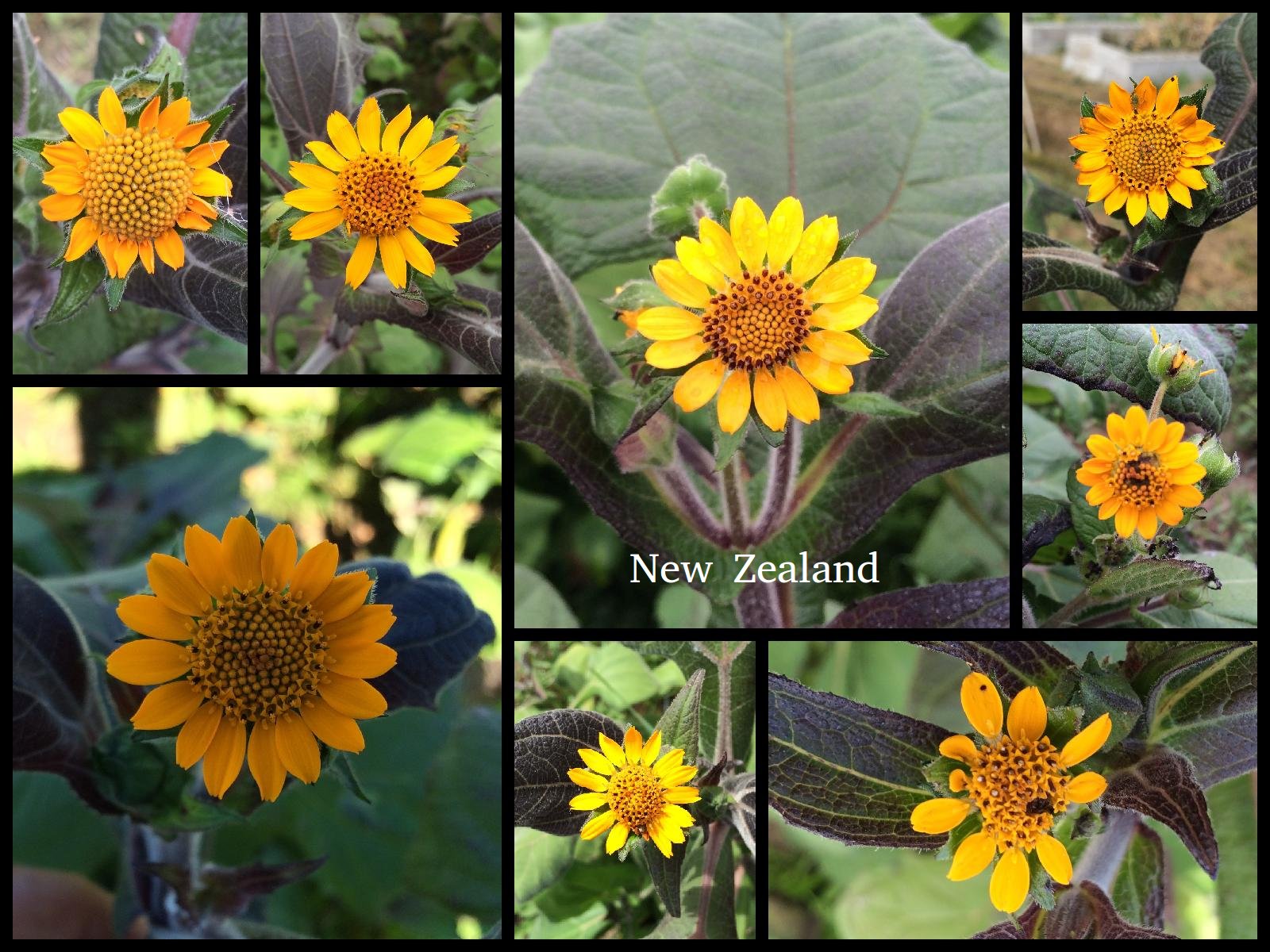 Here are Cajamarca (Cusco) and Morado.  I only got a few seeds from these and only one of each seedling has flowered so far.  The Cusco seedling flower looks almost identical to its parent, while the Morado seedling is different and looks like it might be a cross with Bekya or New Zealand.  Of course, this is all speculation – the morphological similarities don’t necessarily reveal the genetics.  It is still fun to guess. 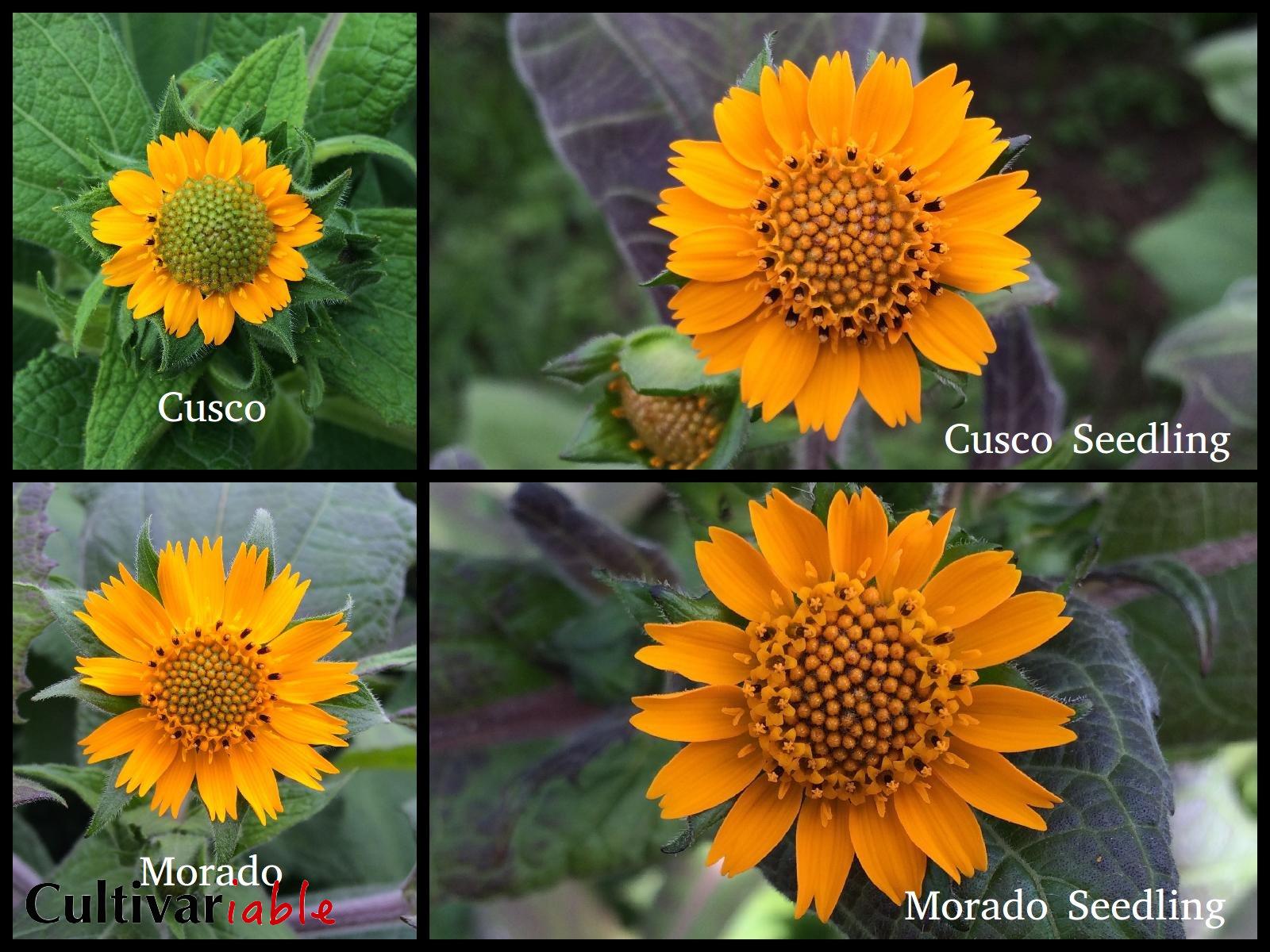