One of the unique features of oca is the frequency with which clones manifest phenotypic changes.  The most obvious of these changes is to skin color.  I haven’t done any careful analysis, but simply dividing the total number of tubers harvested by the number of changes that we have seen, changes to skin color may occur in as many as 1 in 500 tubers.  Usually, these changes are seen as a patch or stripe of different color on an otherwise normal colored tuber.  Sometimes, you get an entire tuber of a different color.

We have a handful of such interesting tubers set aside following this year’s harvest.  We’ll try to get new plants from them next year and see if they warrant growing as new varieties.  There is one example that is pretty common and I’m pretty sure will be worthwhile.  The variety Sunset occasionally produces tubers that are yellow, rather than the customary orange.  The picture shows two such tubers collected from two different plants this year.

The Real Seed Catalogue in the UK has introduced an oca variety that they call Yellow that appears to have arisen from a similar mutation.

There are many common explanations for why this kind of thing can happen.  Defects in replication can lead to redundancies and end up shortening chromosomes or can duplicate genes until their products change sufficiently in proportion that the composition of the cell is significantly altered.  Transposons (segments of DNA than can be moved within the genome) can change position and break functional genes or break chromosome length restrictions.  Retroviruses can insert their proviral genome into the plant’s genome causing the same sorts of changes.  And that just covers the basics.

So, what’s going on here?  No idea.  But, the consistency of the changes seems to indicate that the mechanism is not random.

Here are some other examples: 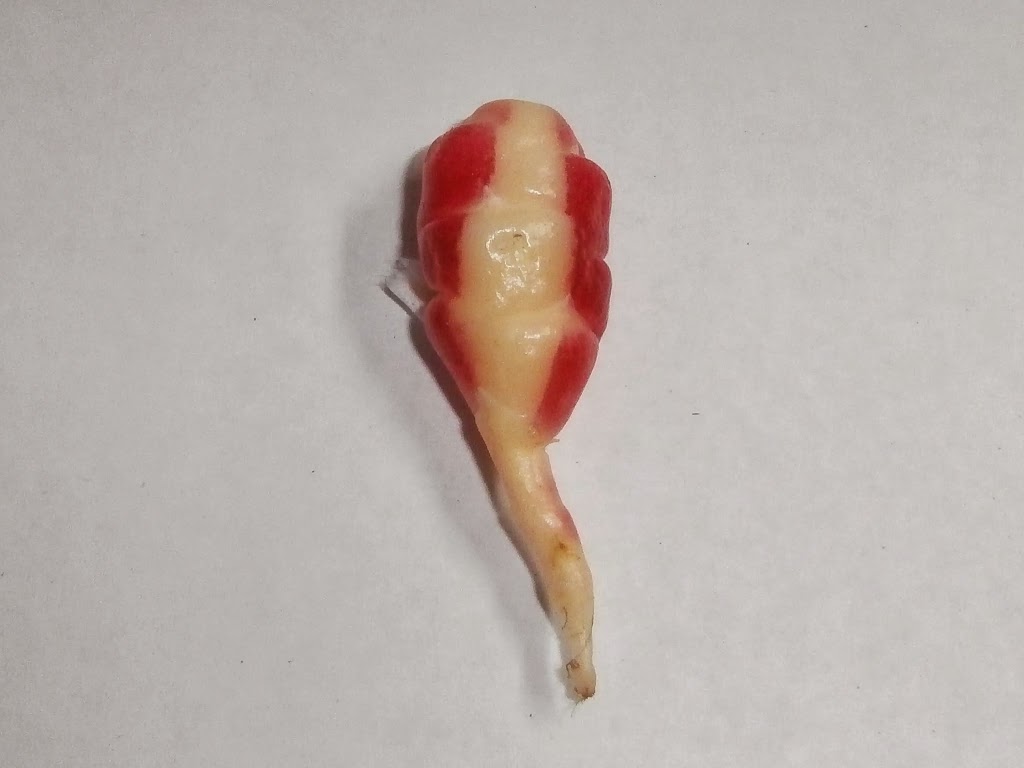 Here is a Hopin tuber with a band that has lost all coloration.  Note how the banding is defined by the centers of the eyes.  I don’t know enough botany to guess why that is the case.