Tree collards (Brassica oleracea) are fascinating relatives of kale that are perennial and may grow to be ten feet tall or even taller.  Unfortunately, these varieties apparently do not grow true from seed.  As a result, you must find a source of cuttings if you want to grow tree collards. 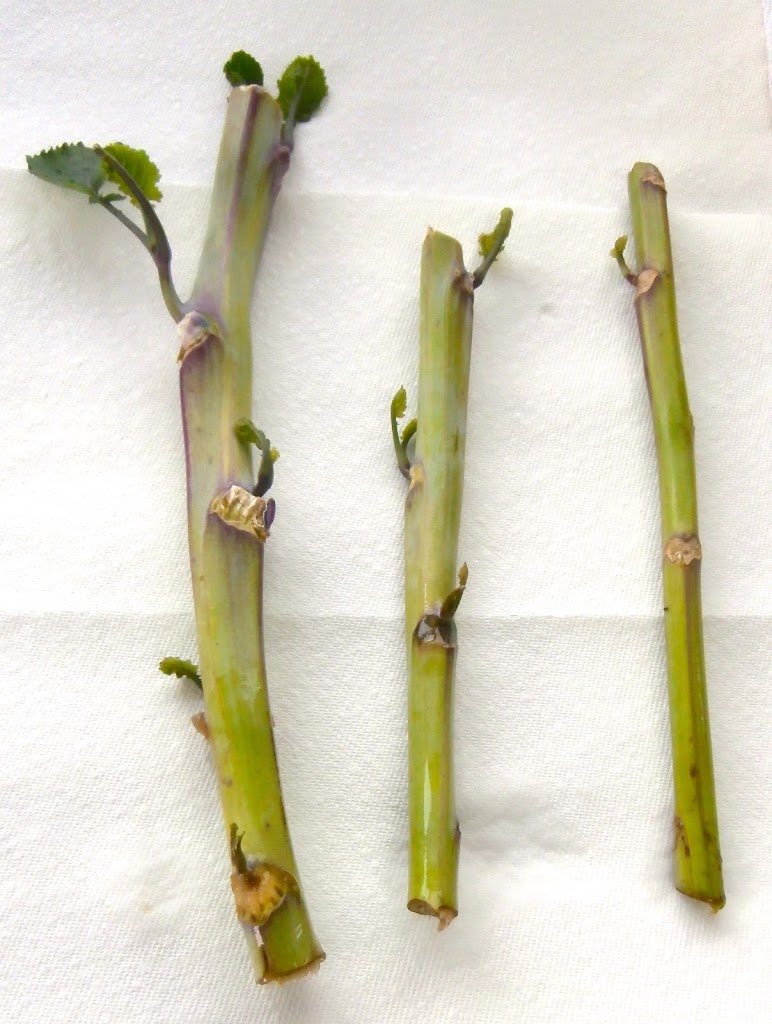 I’ve been searching for starts for several years without luck, until I read this year that there are some sellers offering them on eBay.  A search revealed two sellers, one with a green variety and the other with a purple variety.  I bought several of both.

The purple variety showed up quite healthy looking.  The cuttings were already leafing out and they have continued to look very good for the past week while soaking.  The purple variety is reputed to be the better tasting of the two varieties, but may be less cold hardy than the green type.  If, as I have read in a few places, it can only survive temperatures down to 25 degrees F, it might be killed here some years.  That is not necessarily a problem; knowing that, I can overwinter cuttings in our greenhouse so that I always have new material to start plants in the spring, if necessary. 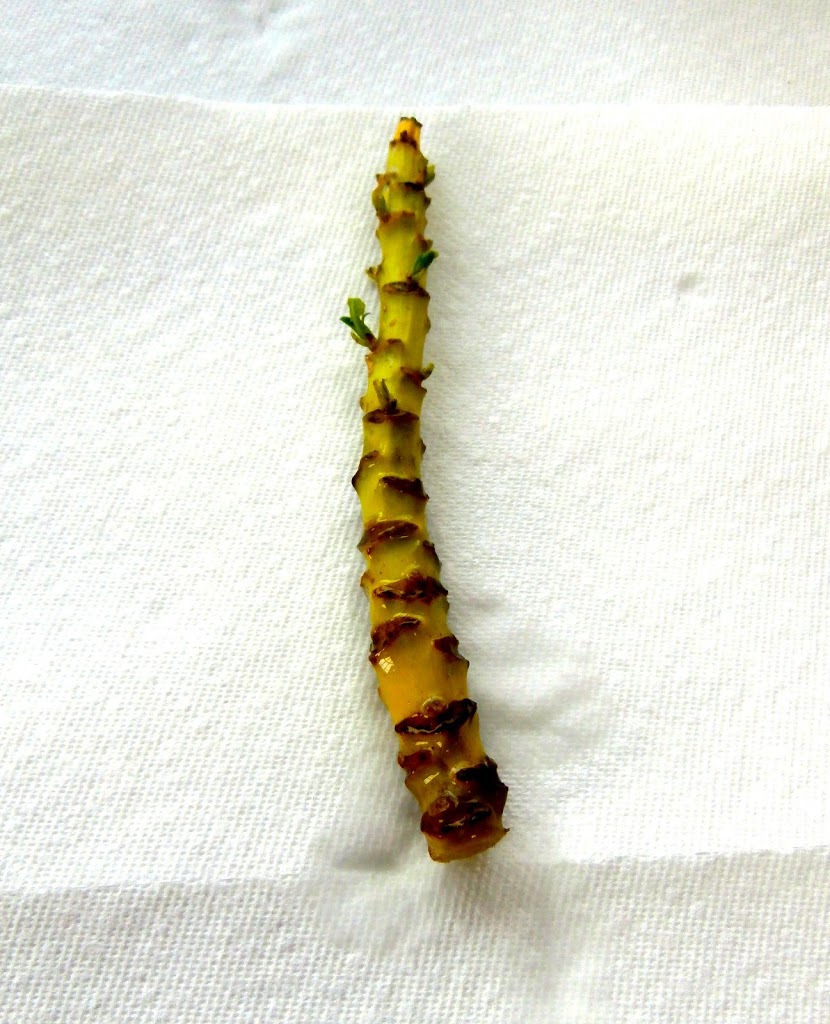 The green variety is a somewhat different story.  The cuttings arrived in very poor condition.  Two were already rotting and all were covered with mold.  Not an auspicious start.  I was able to cut the lower portion off of one and seem to have nursed it back to health.  It is now beginning to leaf out, which I take as a good sign.  Unlike the purple variety, it produces a strong cabbage odor.  Apparently, this variety is significantly more cold hardy than the purple type.  It is not reputed to be as good tasting, which I can believe, given the smell that it puts off.  As with all things, I won’t judge it until I have grown it.  I don’t mind strong-tasting brassicas, so if it grows well, survives winter lows, and doesn’t taste too overwhelming, it will probably win a long term spot in the garden.

As I do with all cuttings when lacking clear information on how they are best rooted, I am attempting to root these in water.  The only thing I know about rooting tree cabbage cuttings is that many people report failure with the purple variety.  I’ll give them up to a couple of months in water to produce roots and, if that doesn’t produce them, move the cuttings into damp soil instead.  Ideally, I would like to have them well rooted in time to plant them out in early October.  Otherwise, I will probably need to grow them in pots over the winter in the greenhouse, which would mean a slow start after transplanting them next year.

Of course, it is best not to get too far ahead of the situation.  Many people report failure rooting tree collard cuttings, so I’ll have to accomplish that first.

Update September 29th: Well, it took all season, but the purple tree collards are finally planted out in their permanent location.  They spent most of the past four months growing in buckets in a protected spot.  Consistent with what I had been told, they took a long time to root.  But, they finally seemed to reach critical root-mass and have since leafed out nicely and doubled in height.  Next year, I’ll take some cuttings and repeat.