Last year I was surprised to find that a few of my ulluco plants were setting seed.

This year, I improved on that by producing a much larger amount of seed.

I’ve learned some interesting things along the way, such as the fact that 86% of the ulluco seeds do not contain fully developed embryos and therefore will never germinate.  The viability of those that do contain an embryo doesn’t appear to be too great either.  None of this is unexpected; it jibes with the findings of the Finnish researchers who produced ulluco seeds and grew out some seedlings in the late 1980s and early 1990s.

Understanding the poor odds hasn’t made it any less frustrating that none of my germination attempts have succeeded.  Happily, while I slaved away with blotter paper, gel sowing, heat pads, experiments with lighting intensity and periods, and a variety of germination enhancing hormones and chemicals, nature went ahead and did the job for me.  (Not really an unusual outcome, by the way.)

Back in July, I found a volunteer growing in the ulluco bed where we collected seed last year.  I was pretty careful to get all of the ulluco tubers in last year’s harvest, but many are small, so it is unrealistic to think that I got them all.  I carefully dug up the small ulluco plant and found no signs of tuber attachment.  I then moved it to a pot on the chance that it might be a seedling… and waited until yesterday, when I pulled it and found this: 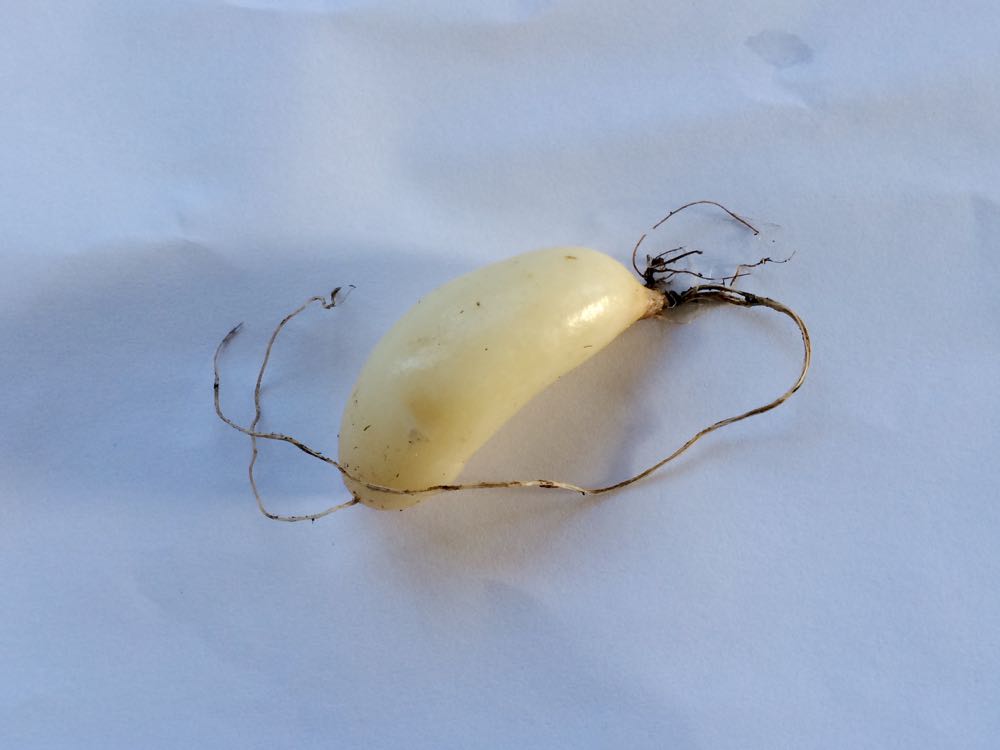 At first I was really excited, but then some doubts crept in.  I have no white ullucos, so that is a good sign.  I’ve seen a lot of color variation in ullucos, though, so it could be a mutation in an otherwise conventionally asexual tuber.  One of the parent types has a cylindrical form like this one, so it could be a mutation that has caused that variety to lose all color.  Luckily, I keep pretty careful records, so I went back and looked at what was growing where I found the volunteer.  And the answer was Pica de Pulga: 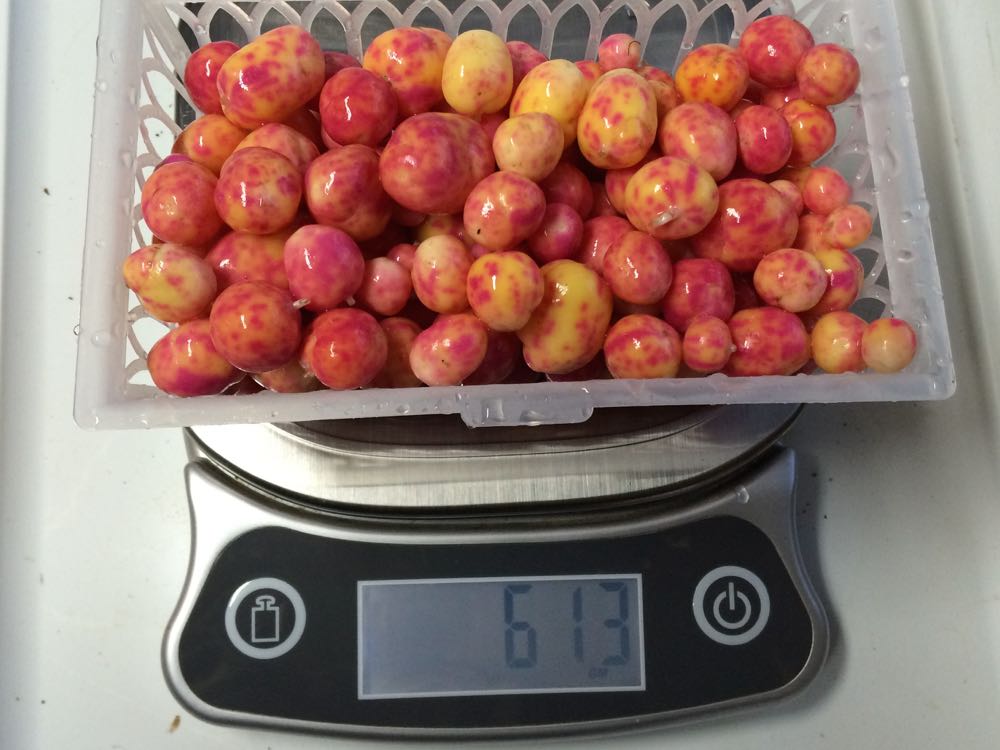 Pica de Pulga is most definitely not white but, more importantly, it is also not cylindrical.  Color mutations are pretty common but shape mutations aren’t.  Both in the same tuber in a single generation seem very unlikely.  So, my conclusion is that this must be a new variety from seed.

It may not be the most visually exciting ulluco ever and the yield leaves something to be desired (the small plant produced only a single tuber), but I’m pretty thrilled anyway.  Hopefully it will survive to sprout and produce a larger crop of tubers next year.  The real test will be to find if it sets seed and if those seeds are any easier to germinate.  That’s the hope anyway: undoing decades or maybe even centuries of accumulated reproductive defects arising from unbroken asexual reproduction.