I was lucky enough to get a few mauka seeds this year and had good results growing them out.  We grew a few in the greenhouse and others in an unskinned hoop house, planning to skin it before cold weather arrived.  But, cold weather arrived unexpectedly, so that didn’t happen.

I dug the eight unprotected mauka (Mirabilis expansa) plants today.  The foliage was killed in our November freeze and they need to be transplanted to the field for next year, so it was a good time to take a peek. 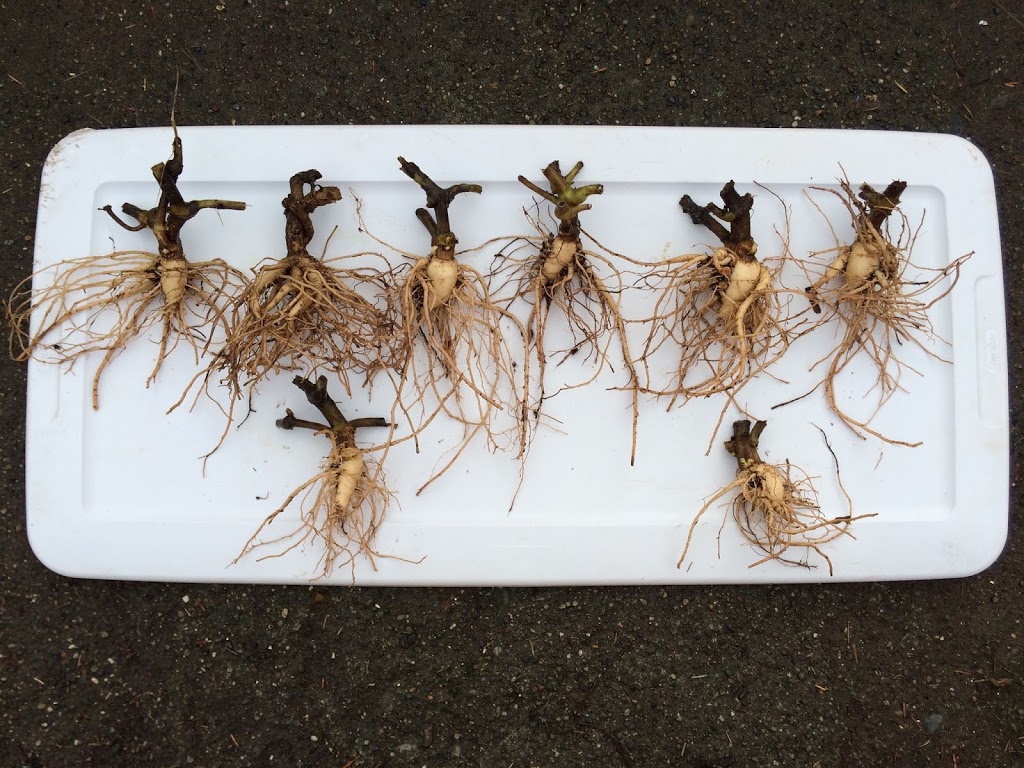 I must admit to a little disappointment in the size of the roots.  I had hoped to be able to eat one of them, but there is really nothing worth attempting there.  (That plastic lid is about three feet wide, so the roots aren’t tiny, but they wouldn’t make a meal.)

This is what the plants looked like in early September, before they grew so large and sprawling that it became difficult to take a good picture of them: 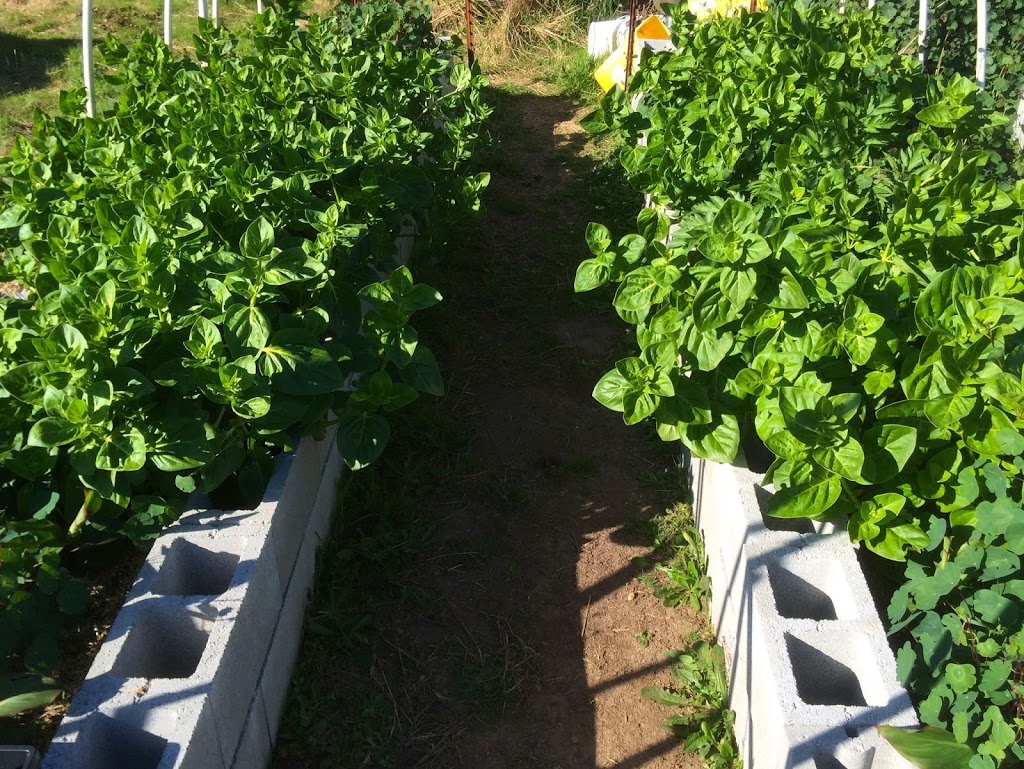 Given the very large plants, I thought that the roots might be larger, but I’ve read that it usually takes 2 or 3 years to get large roots and stems, so I’ll just have to be patient. 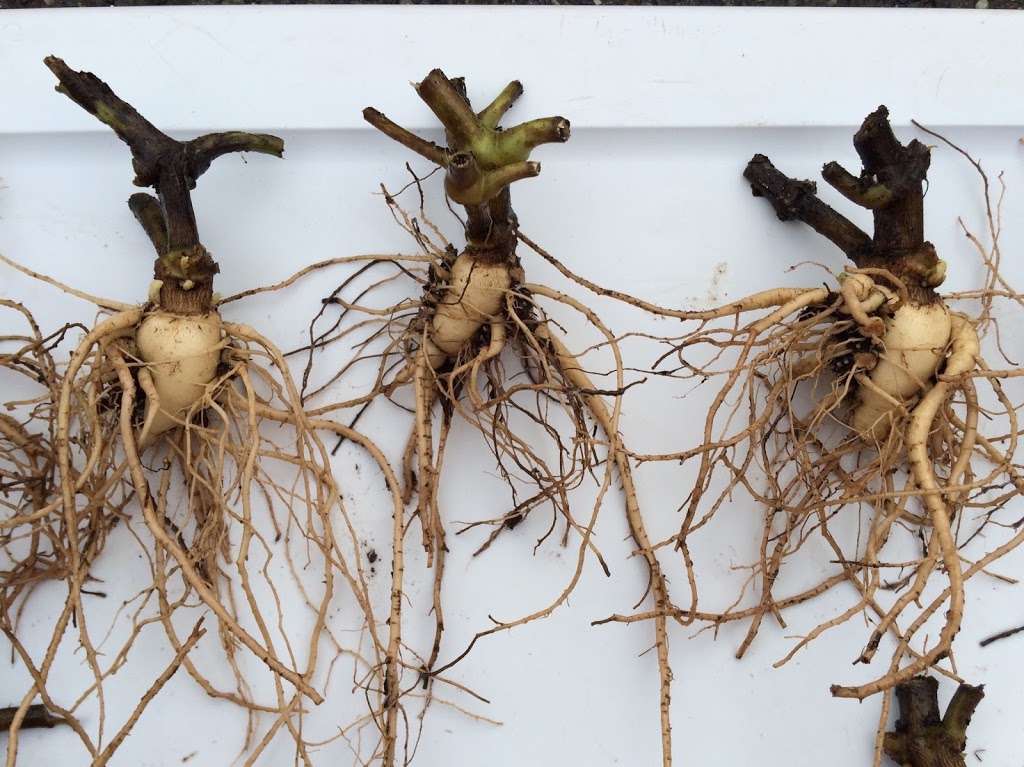 Most put their energies into forming a stout central root. 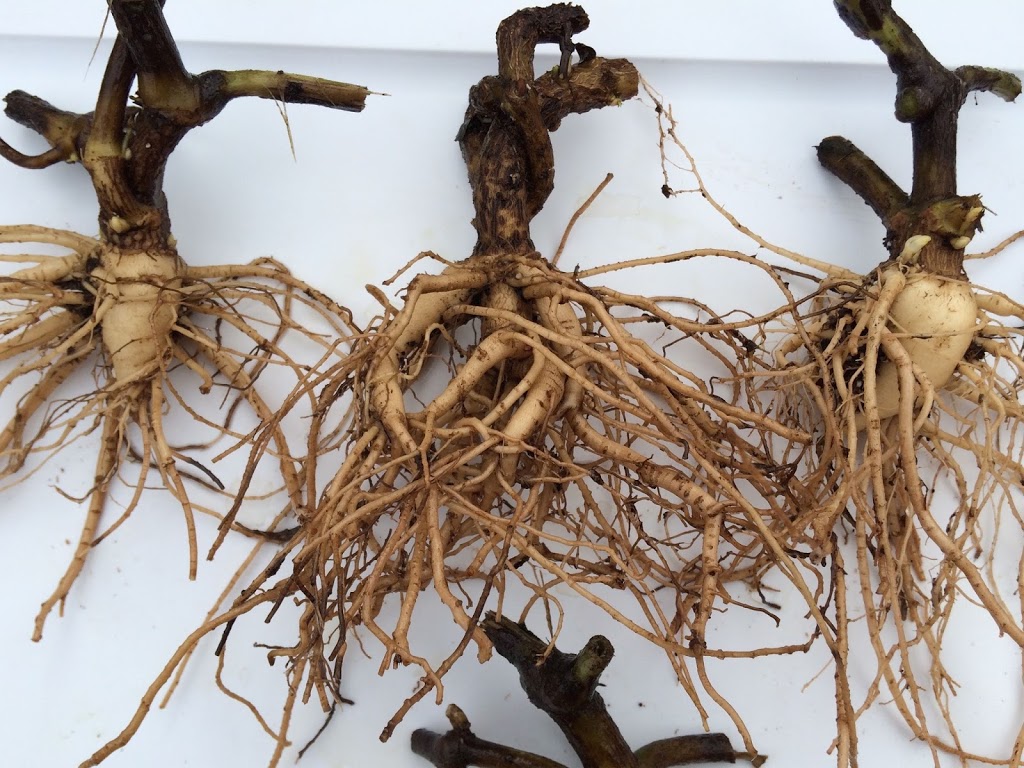 Others seemed to distribute their efforts more equally among the roots. 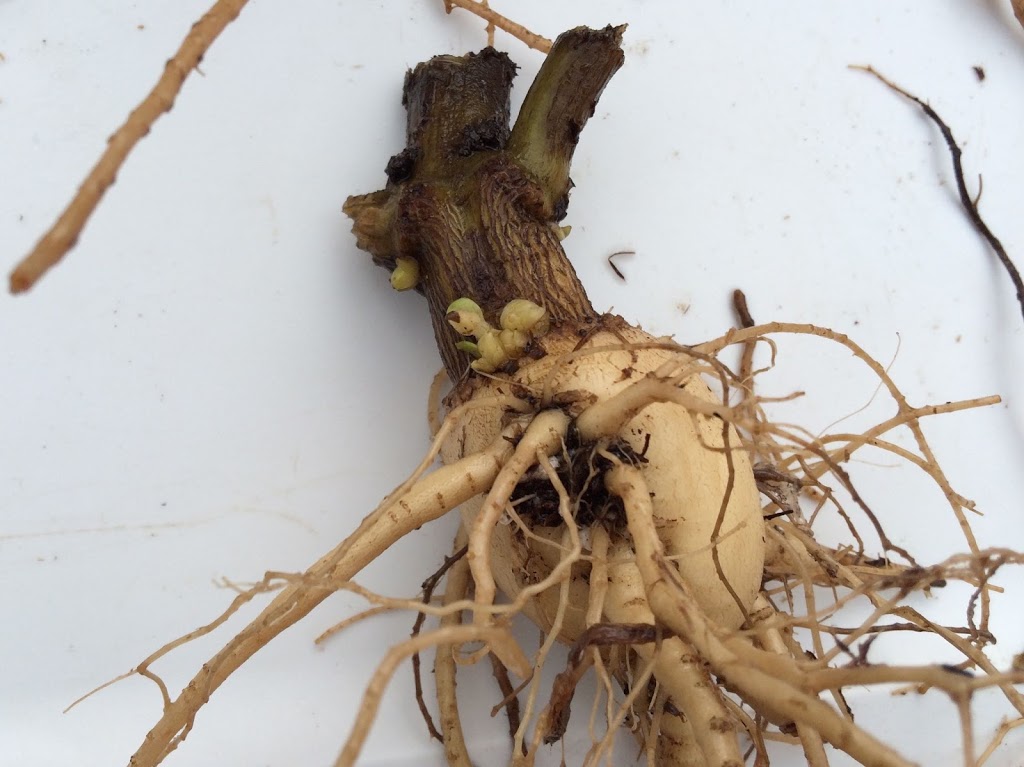 Clearly mauka doesn’t have much (any?) dormancy, as they are all sprouting again just a week after they lost their foliage.

Mauka certainly seems to hold up to its reputation is a pretty hardy and undemanding plant.  Obviously, it is frost sensitive, but temperatures of 25F and a couple inches of frozen soil didn’t seem to do it any harm.  The plants in the greenhouse are still growing, so hopefully I’ll be lucky enough to see them flower this winter.

I found growing mauka from seed to be much easier than growing from cuttings, so I hope to be able to produce more seed.  We’re considering building a combination greenhouse and black-out house this year to both extend the mauka growing season and to try to produce seed earlier in the year.