We had 27 ulluco seeds germinate in 2015, but they did so over a very long period of time and more than half of them popped up in September, by which time it was growing late to produce tubers.  In addition to short day length, ulluco needs a few months of growth before it is mature enough to form tubers.  We had the short days, but it still took most of these late seedlings until December to begin to produce tubers.  Because fall is an exceptionally busy time for us, I chose to let the plants grow in pots and produce whatever they could, rather than taking extraordinary measures to keep them alive through the winter.  If we had not already harvested four plants with full yields, I probably would have felt differently.

At any rate, the plants have continued to grow very slowly under natural light and we’ve seen signs of tubers forming.  The plants were recently infested with woodlice and their gnawing pretty much brought the growing season to a close.  We found tubers under eight of the remaining seedlings, bringing the total number of new ulluco varieties this year to twelve.  This is the first chance I’ve had to show them all together: 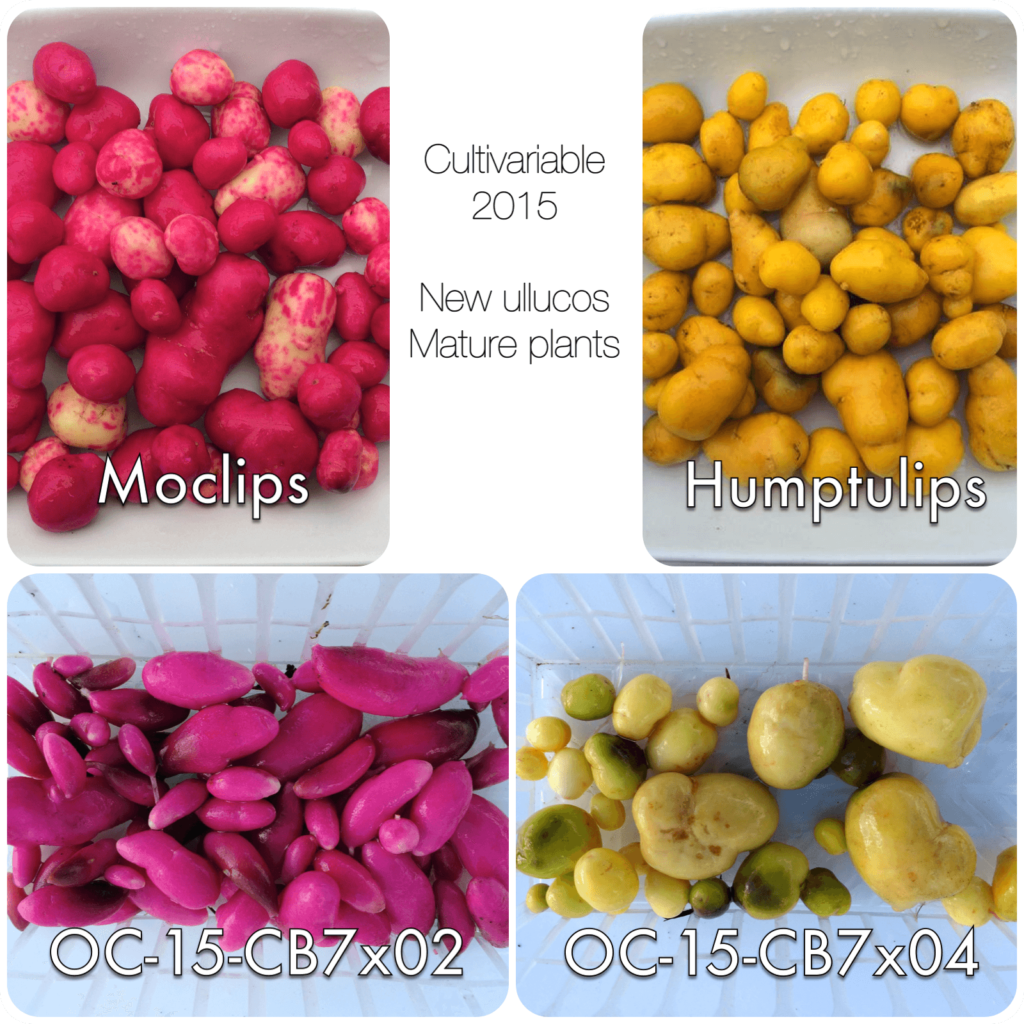 Two of the mature plants not only produced a reasonable yield of tubers but far outperformed all of the heirloom varieties in seed production.  This is a very good sign for the future of ulluco breeding. 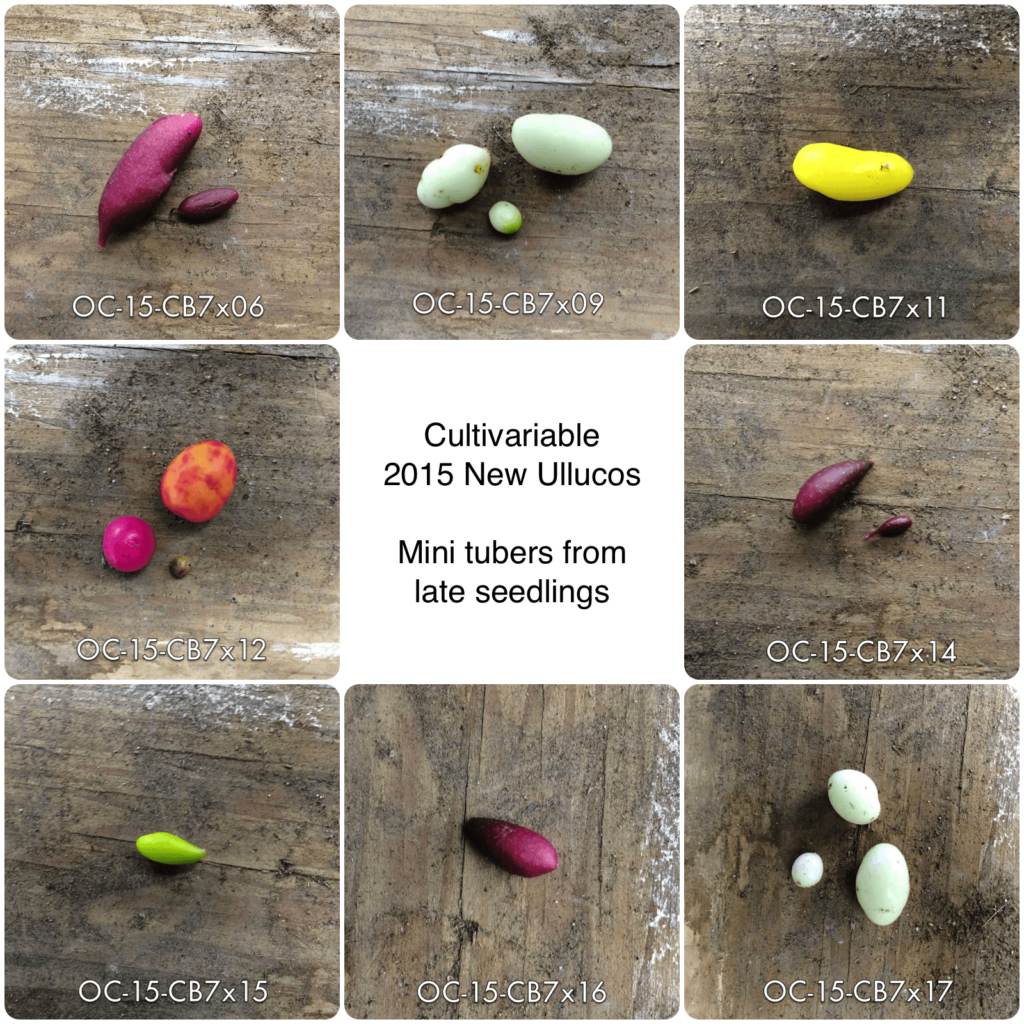 The late seedlings didn’t produce much, but that was not a surprise.  What they did produce will be sufficient to grow out full size plants in 2016 so that we can do a better evaluation.

But that’s not all!  We sent some of our 2014 seeds to several friends in the hope that one of them would discover the proper germination conditions in case we didn’t.  One of them managed to grow out a couple of seedlings and returned some of the tubers, so we have two more new ullucos to evaluate in 2016: 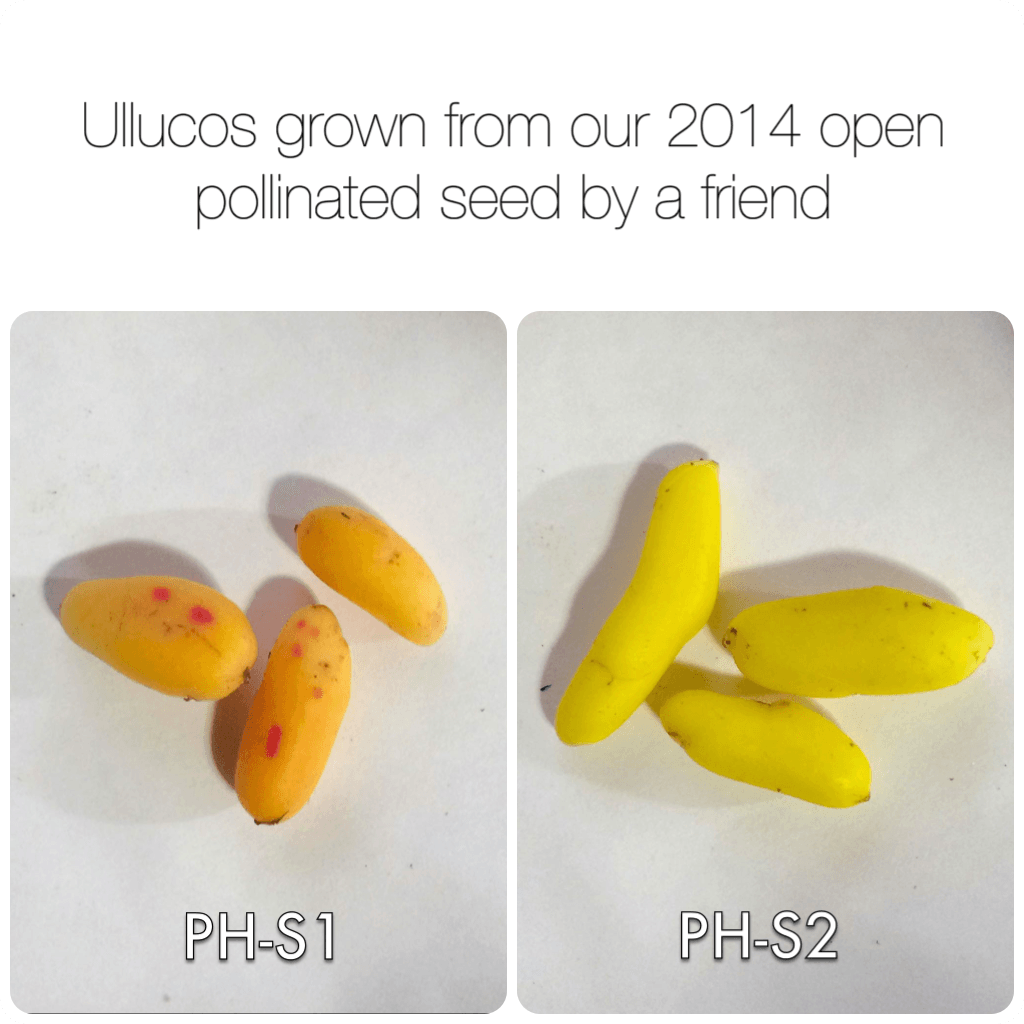 So, in total, we have 14 new ulluco varieties to evaluate again next year.  We have also sown the 3800 seeds that we collected this year, which has the potential to yield about 100 seedlings at the 2015 germination rate.  It feels like we’re building some momentum!